Why Rationalization is Sabotaging Your Life 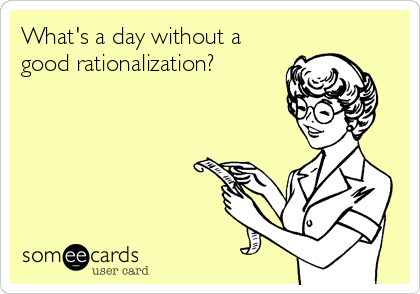 Have you ever not been “in the mood“?

…to eat that plain fage yogurt?

You just don’t feel like it like sometimes. It could be due to a busy schedule, lack of motivation, rainy weather, or the fact that it’s Wednesday. There are endless number of reasons or logic you use to convince yourself to twice before following through with your healthy routine. (Been there, done that.)

While missing one day or indulging in a guilty pleasure won’t derail your progress towards awesomeness, making it a habit can. The problem is, these one-off “skip days” usually lead to just plain quitting. The exception becomes the rule. Choosing a Netflix marathon one day could easily lead to the end of the road for your actual marathon. (It’s unnatural…)

Getting off track can make it difficult to get back on once again, and this leads us to one of the ten most common mistakes people make when getting healthy – Rationalization.

I mean, it does have the word “rational” in it, so it has mean something along the lines of “within reason” or “logical”, right?

Rationalization is actually a defense mechanism that allows you to justify bad behavior or feelings. It’s a way to distort facts to make things look better than they do – to convince others and yourself that your motives and actions are good, not bad.

In other words, rationalization equals “making excuses” (justifiable ones at that), which is the opposite of reason and logic.

People are very good at lying to themselves.

Unfortunately, these “one time exceptions” start to become the norm over time. You twist and turn, cram and jam until the irrational becomes rational in your own mind. After a while, you feel good about your rational and start to believe you’re actually doing the right thing – you end up believing your lie is the truth.

(Note: There are legitimate reasons for skip days like if you’re injured. However, “it’s raining outside” is probably not a good excuse when you’re trying to get to the gym to work those guns.”)

SO, if you are someone who tends to justify and rationalize things, the GOOD NEWS is that it can be overcome!

If you’re someone who rationalizes a lot, then this means your emotions drive your decisions.

The million dollar question is – which emotion? 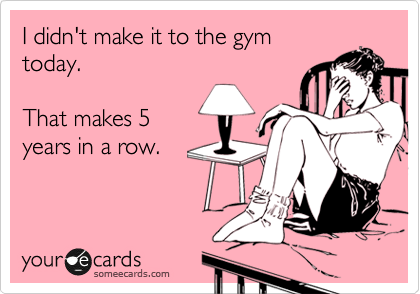 To fix this, you have to remove emotion from your decision making.

Your decisions need to be based on logic rather than emotion because emotions will sway your decisions toward ones that aren’t beneficial. These rules let you look at your actions critically, and gives you a fighting chance against your justifications.

Go from being Captain Kirk to Mr. Spock. 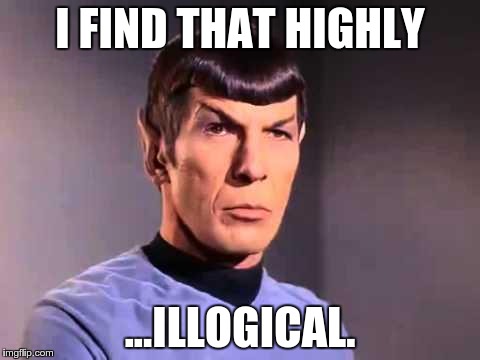 Using this approach helps to automate your response to temptation and your desire to give in to your rationalization. It removes emotion entirely, and doesn’t give you a chance to hesitate and think about why you should do the opposite of what you know you should.

We’ve all rationalized a behavior or two. We see the world through “justification”-tinted glasses and tell ourselves stories to justify our behavior to cover up for the guilt we feel when we don’t stick to the plan.

You can nip your guilt in the bud!

Stopping your rationalizations by taking out the emotion in your decision making.

Watch your rationalizations – they may help you sleep at night, but they’re straight-up sabotaging your life! 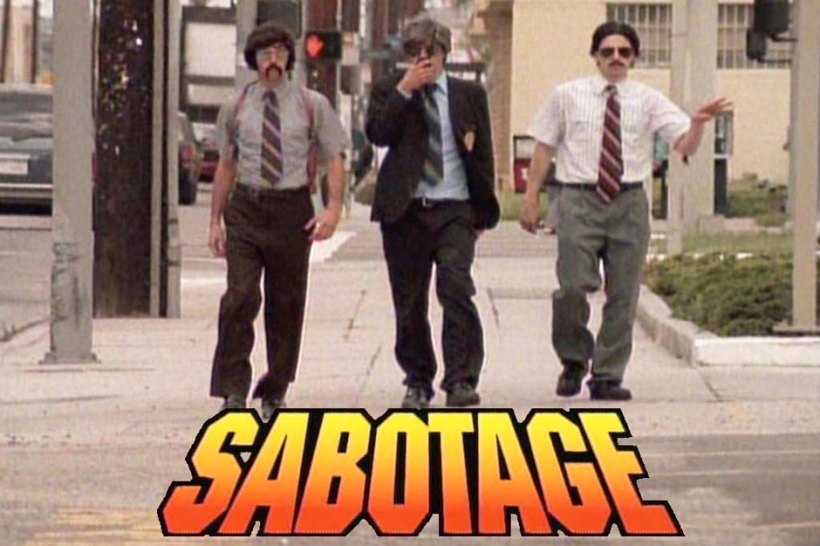 However, if you really do just need a day of rest, take one guiltlessly. There is always tomorrow and one day isn’t going to make or break your overall progress.

If you really are just being lazy, then you know what to do. The next time you start to feel a rationalization coming, stop it in its track with an “if, then”, and give it the Vulcan Death Grip!

If you enjoyed this, please share it on social media. Help others stop sabotaging themselves with rationalization.

There are 9 other mistakes to look out for

This was only one mistake you need to avoid to create an awesome life. If you want to learn what the others are, get our latest ebook “Avoiding the Traps” for free by joining our newsletter. Join Here!